GARMIN provides one of the most interesting and versatile allroad motorcycle GPS navigators Zümo 660LM and 665LM. Zumos are designed especially for motorcycling and provide the largest features for allroad touring. The GARMIN Zumo 660LM navigator has won many tests made by the motorcycling professionals around the Europe. Both Zumo navigators have a large 4,3″ TFT touch screen display with large buttons. The GARMIN Zumo 665LM has additionally to basic 660LM an antenna for SiriusXM satellite radio, NavWeather and NavTraffic features. They provide with subscription up to date information on traffic and weather conditions along the satellite radio reception. 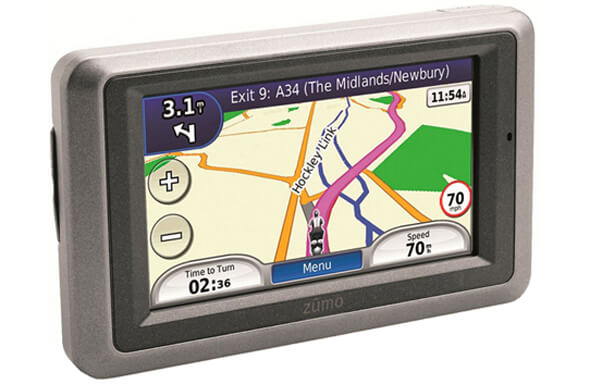 The GARMIN Zumo 660LM navigator`s oversized display buttons are designed for left hand operations with gloves on and the large touch screen provides more room for fingers to work with. In this case, the bigger the better. Smaller screens and control buttons easily lead to miss-tapping in busy situations, especially with cold weather gloves and thicker finger construction. Also a full keyboard in a single window requires extra display room, being clearly more practical in use. Display buttons close to the screen edges can be tricky to use gloves on, but GARMIN Zumo 660LM navigator has no problem with that. The large screen even in normal riding view shows more map which helps to orientate in quick look situation. The Zumo 660LM allows to choose also between even more map or relieving one quarter of the display for the trip computers 4 parameters according to your wish. This has been my favourite display setup. The screen also works well in sunlight and has very seldom reflections or anything even without any special sun visor.

Navigation with the GARMIN Zumo 660LM navigator is very simple and straight forward. The screen zooming buttons are large and allow quickly to zoom out for a big picture and back. The lane assist provides illustrative junction views which are especially useful, when there is a lot of traffic, several lanes, exits or junctions close to each other. The lane assist gives a quick understanding of how for example to prepare for the next motorway exit with several lanes out. Having the helmet headset bluetooth connected to the Zumo 660LM navigator, the rider receives spoken directions. Some times the rider may forget to prepare for the next turn, if the previous turn was long time ago or the surroundings were breathtaking. Therefore spoken directions are useful.

Due to the reason that roads and junctions change quite rapidly and new ones come all the time, navigators tend to give wrong information every now and then, especially without the updates. New GARMIN Zumo 660LM navigators provide also lifetime map updates which is very welcome idea. Even though riders should expect that some times conflicts occur. Such incidents can be minimized by being always aware of targeted directions by name or road numbers and following the street signs as comparison. When street signs are in conflict with the navigator, the street signs are followed. Also by having the map display zoomed far enough, the rider is able to get better understanding of rough directions and distances. 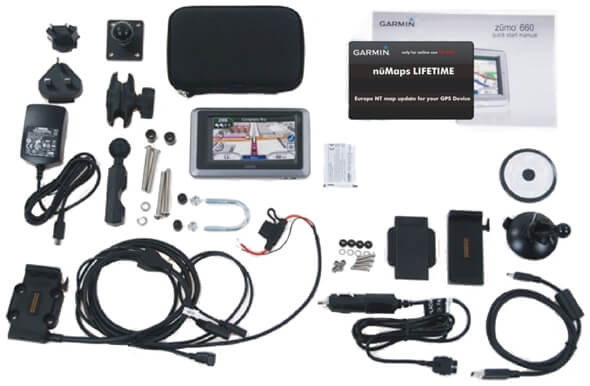 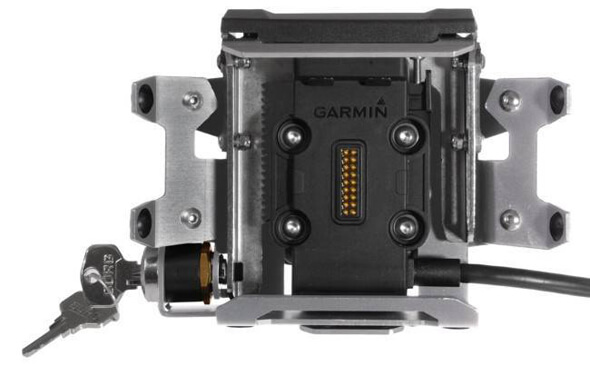 The standard GARMIN Zümo 660LM mount cradle has integrated power cord and quick release locking system which can be operated easily with one hand. The BMW Motorrad Navigator IV mount cradle is a more advanced version of it, but unfortunately the basic GARMIN -software does not support the BMW mount and the additional 4 quick control buttons at the left hand side allowing to zoom in and out, repeat the spoken directions and jump between applications. This exceptional feature is interesting when you need just to get a quick touch while riding and you do not want to keep your eyes focusing at the device instead of the traffic. Personally I use most of the time zooming and some times the spoken directions repeat button. Generally zooming with screen buttons can be sometimes difficult since they tend to be small and close to each other, especially with small displays. The GARMIN Zümo 660LM GPS navigator seems to be well advanced and ready for allroad touring as it is, but TOURATECH has prepared an adventure mount which locks the navigator securely to the bike. Simply by taking the navigator with you and putting it in the pocket, is easy as well and that is why I leave one external jacket pocket always empty and use it for that. 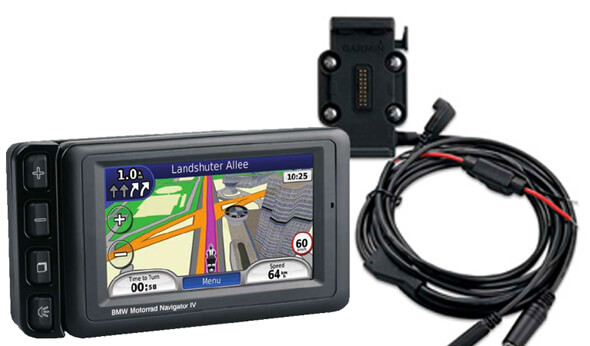 GARMIN Zumo 660LM GPS navigator forms with a free route planning software GARMIN BaseCamp App a simple route planning tool. Once the navigator is connected to the computer, the BaseCamp uses the map source from the navigator and allows to create new routes with the computer. New routes can be easily sent to the navigator for touring use. The BaseCamp can also utilise older tracks and routes saved in the GARMIN Zumo 660LM GPS navigator. By sending the tracks from the Zumo into the BaseCamp, the application allows to view and edit the information. The BaseCamp can also transfer the route into a free GoogleEarth Application for further analysing from the satellite 3D perspective. This option is interesting and provides more information about the surroundings than the BaseCamp itself. Still the free GoogleEarth Application does not allow to edit the route, nor transfer the route to GoogleMaps into a personal profile for editing & sharing which would be again an interesting feature.

Comparing GARMIN Zumo 660LM GPS navigator to TomTom RIDER 5th generation navigator, they both are designed especially for motorcycling, they have same size display with gloves on touch screen technology and the offering is basically very much similar. Although the GARMIN Zumo 660LM standard package includes more items, such as car navigation accessory which comes in the TomTom RIDER Premium package along with additional navigator locking system onto the motorcycle. In addition GARMIN Zumo 660LM GPS navigator has a micro SD memory card slot, advanced 2 way bluetooth features with MP3 player and the possibility to change the battery which is not the case with the TomTom RIDER. 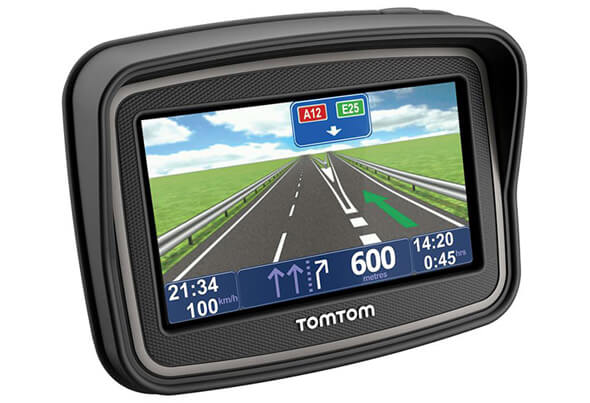 From the allroad touring navigation point of view both navigators provide also settings to avoid the fastest and shortest route in order to enjoy smaller roads more versatile. The GARMIN Zumo 660LM navigator has slightly better screen buttons and tapping functionality. For example zooming in the normal riding view with TomTom RIDER requires more finger accuracy and tapping. Some times it is necessary while riding. On the other hand, the TomTom RIDER 5 navigator provides a personal quick menu (short cuts) feature for few mostly used settings. The Zumo provides special offroad compass and fuel tracking features unlike the RIDER. Those features are generally interesting for allroad touring riders, especially without the bike`s own double trip computer. Therefore GARMIN Zumo 660LM navigator is more ideal for allroad touring than the TomTom RIDER 5. 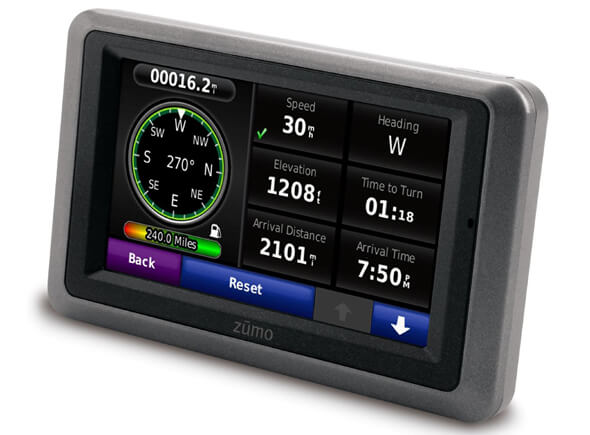 The TomTom RIDER 5 motorcycle GPS navigator opens and closes the program along the engine start and stop which is not ideal when the rider stops beside the road for a short brake in order to check something also in the navigator. You can go around it by wiring the power differently to the navigator. Traditionally TomTom navigation software has been a little bit more stable than competitors, but today it is hard to see any difference. Sometimes both navigators need a restart.

VS Smart Phone with Navigator SW

Comparing GARMIN Zumo 660LM navigator with the iPhone and GARMIN Street Pilot navigation software is interesting. Having the smart phone, MP3 and the navigator in the same package, saves some money, trouble and room in the cockpit. The iPhone5 provides for example a 4″ Retina display with better resolution and more calculation efficiency, but on the other hand no gloves on features and ruggedised mounting accessories are necessary. It is a close call and I would need to test it in practice. Perhaps it would be a compromise that I willing to take. Until then I am going to stick with the Zumo 660LM.

The GARMIN Zumo 660LM GPS navigator with BMW Motorrad Navigator IV mount cradle is good and integrates to BMW R1200GS Adventure 2011 very well. One very small, but a practical feature is that the normal riding navigation display shows the local time which has not been the case earlier. There is no need to press any buttons or set the bike`s own clock manually into local time country after another any more. Just a quick look at the navigator display and you know the time. Another small but a nice feature is that the Zumo 660LM navigator shows current speed limit for most major roads. This feature has been useful when I have not noticed the speed limit change while concentrating on something else or when I simply forgot the limit in question. 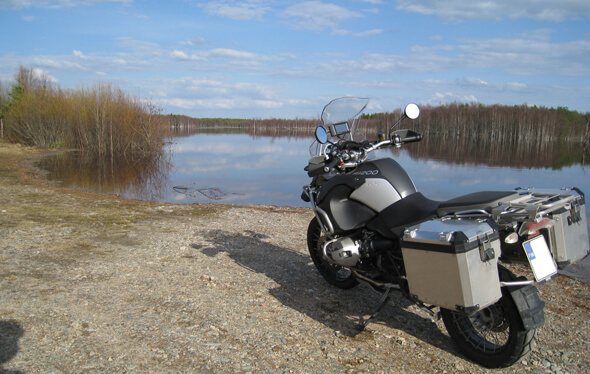 I have been using the BMW version of the GARMIN Zumo 660LM GPS navigator over 24tkms in versatile allroad touring. It has been working very well and I have had no real problems with it what so ever. It has better calculation efficiency than the most and the program runs smoothly. The 4GB memory allows to save a lot of tracking and routes. The micro SD memory card extends that even further. It has been the best navigator so far I have used since 2004 and having at the moment 4 different navigators in versatile use as a reference. 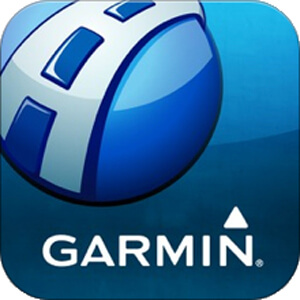 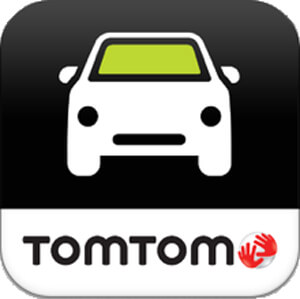 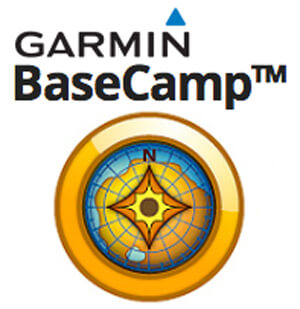 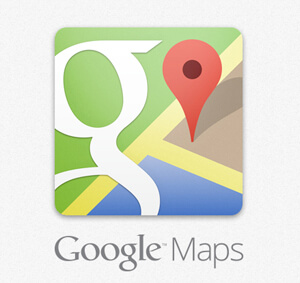 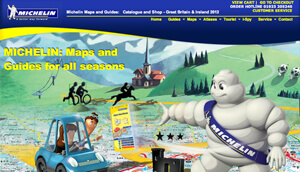