Soft touring enduro tail, saddle and tank bags are extremely universal and compact luggage systems which makes them especially good for adventure touring outside the urban areas. Proper motorcycle soft bags are quick to strap on, remove from the bike and take along to the accommodation. They save a lot weight without mounting frames and rugged structures. The weight reduction could be essential for some of the highly offroad oriented dual sports and enduros with less rugged frame. Note that the rider, riding gear, fuel, oil, cooler liquids and all the accessories installed to the bike are a part of the structural payload capacity which could be even more limited on each axle and the rear frame. The weight distribution is another factor limiting the capacity, especially if everything would be going at the back. I would recommend to check & respect those limits, but also to keep the payload as low as possible in order to remain agile and avoid damaging the frame. The soft touring enduro tail, saddle and tank bags are the key to the weight savings and better weight distribution, but naturally there are few things to keep in mind. 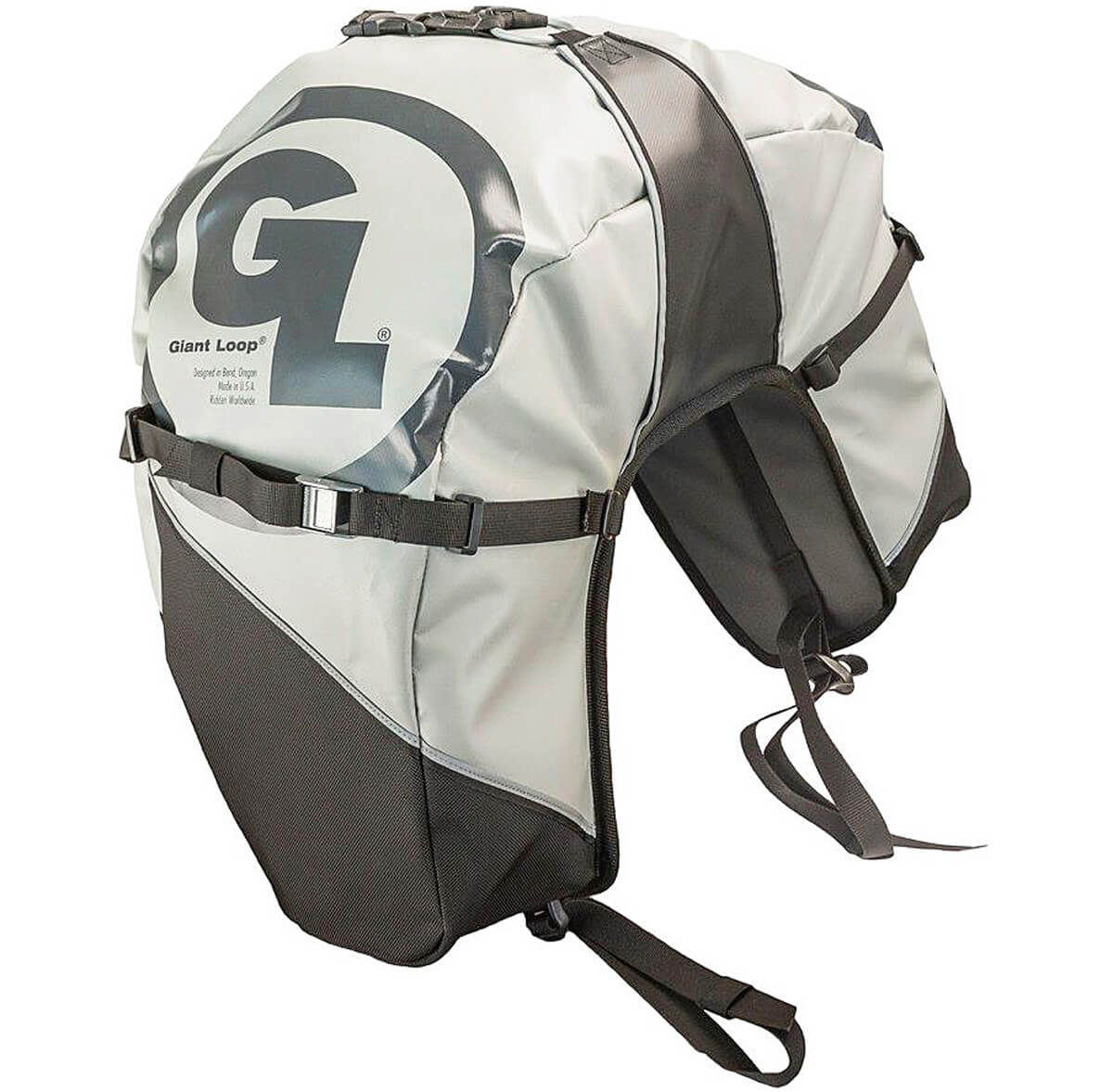 The soft touring enduro tail, saddle and tank bags require additional packing optimization due to the soft nature and more intense weight reduction. Naturally heavy objects should be placed as low as possible, but since there is no crash protection, more fragile items should be placed in the tank bag or the tail bag. The soft motorcycle bags have no locks itself which means that the bike can not be left alone in the urban without any supervision. The bags could be locked with a wire to the bike and the zipper runners together with a padlock, but it would not prevent any professional attacks. The fastening using straps is basically simple and quick, but the straps and the back side surfaces also scratch the bike. In offroad conditions the dust & dirt goes everywhere and the soft touring enduro bags always moves a little bit at least. Scratching could be minimized by protecting the surfaces with a tape, stickers or an adhesive film. Today there are even model specific sticker kits and precut films for that, but any handyman could do the same with universal materials. 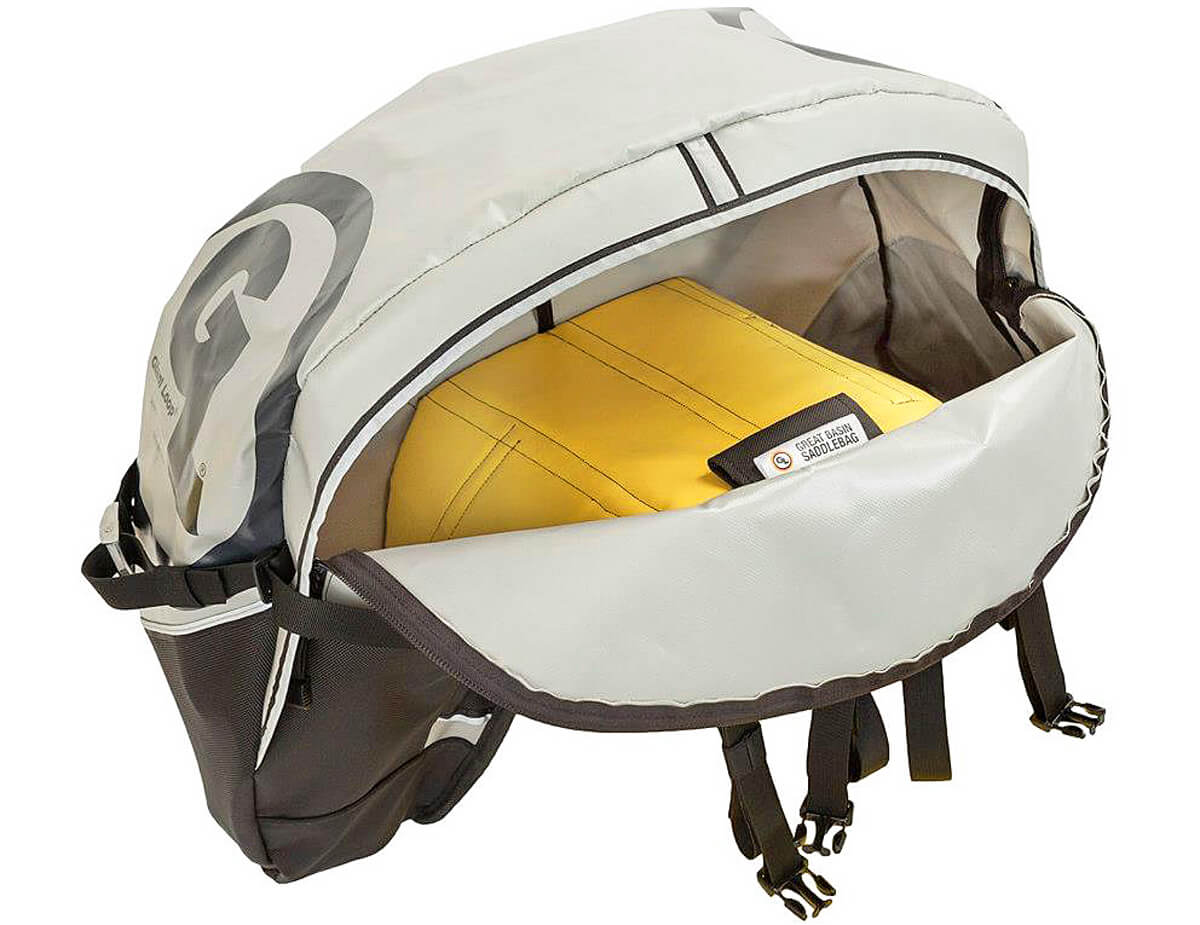 One of the main concerns related to the soft touring enduro tail, saddle and tank bags is rain and dirt protection features. Today there are waterproof soft bags and accessory dry bags to take care of all that, but note that on the outside of the motorcycle bags, the water and the dirt follows also to the indoors. The same what happens with the riding gear. Soft travel bags with smooth shell materials are easier to keep cleaner and wipe after the ride. Motorcycle bags with water resistant materials get wet, absorb water in the bag`s structure and eventually wet the items inside. In offroad conditions this means also that stains are everywhere and drying after the rain takes a lot longer. Therefore I would recommend to invest on better quality and as waterproof soft touring enduro tail, saddle and tank bag alternatives as possible. Another main concern would be the strapping concept. The bags need to be tightly strapped in place in the best possible position using the bike`s own frame, bars and the rear rack. It should be simple and quick to both tie up and remove the bags from the bike.

The soft touring enduro saddlebags can save a lot of weight without the pannier frame and the rugged structure. Some of the pannier systems are surprisingly heavy and wide which means significant potential savings in favor of offroad agility and better aerodynamics. The soft MC saddlebags come closer to the rider than the panniers which means that they are aerodynamically better positioned. In addition the weight on the bag comes closer to the center of gravity which improves the agility and handling even further. Although a soft saddlebag with a tall tail section could be also strapped too close to the rider so that the extreme maneuvering backward would be restricted. This is hardly an issue in less aggressive allroad touring. Packing arrangements and optimal placement on the bike would clear such problems easily. 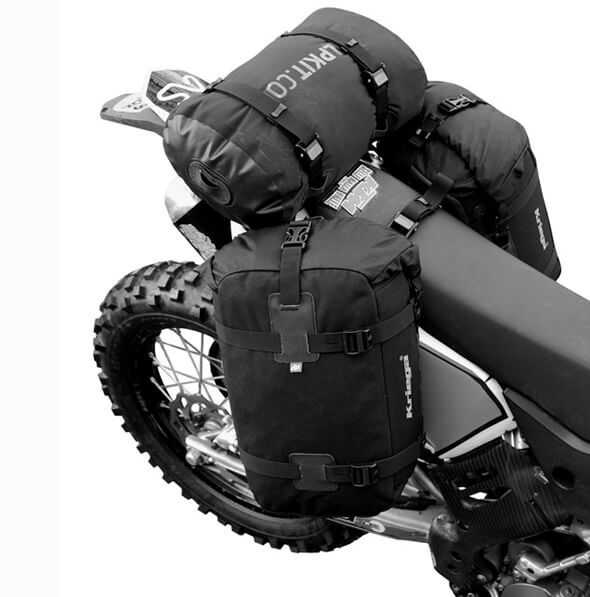 The soft touring enduro saddlebags can be used with all size of dual sports and adventure motorcycles, but sometimes the silencers are placed very high without proper heat shielding. The silencer could burn the bag or cut the straps which could lead to serious problems at high speed. There are many ways to install additional heat shielding and fastening points on the bike, but the saddlebags are also not alike. The soft saddlebags offer no crash protection for the items inside, but also not for the rider`s legs in case of a fall. Naturally the legs must be kept out of the harms way, but the hard panniers could create sometimes enough room around the foot pegs so that the rider remains free and not pressed to the ground by the motorcycle. Depending on the bike and the saddlebag in question, saddlebags could be used simultaneously with the panniers which would be one of the largest luggage arrangement. 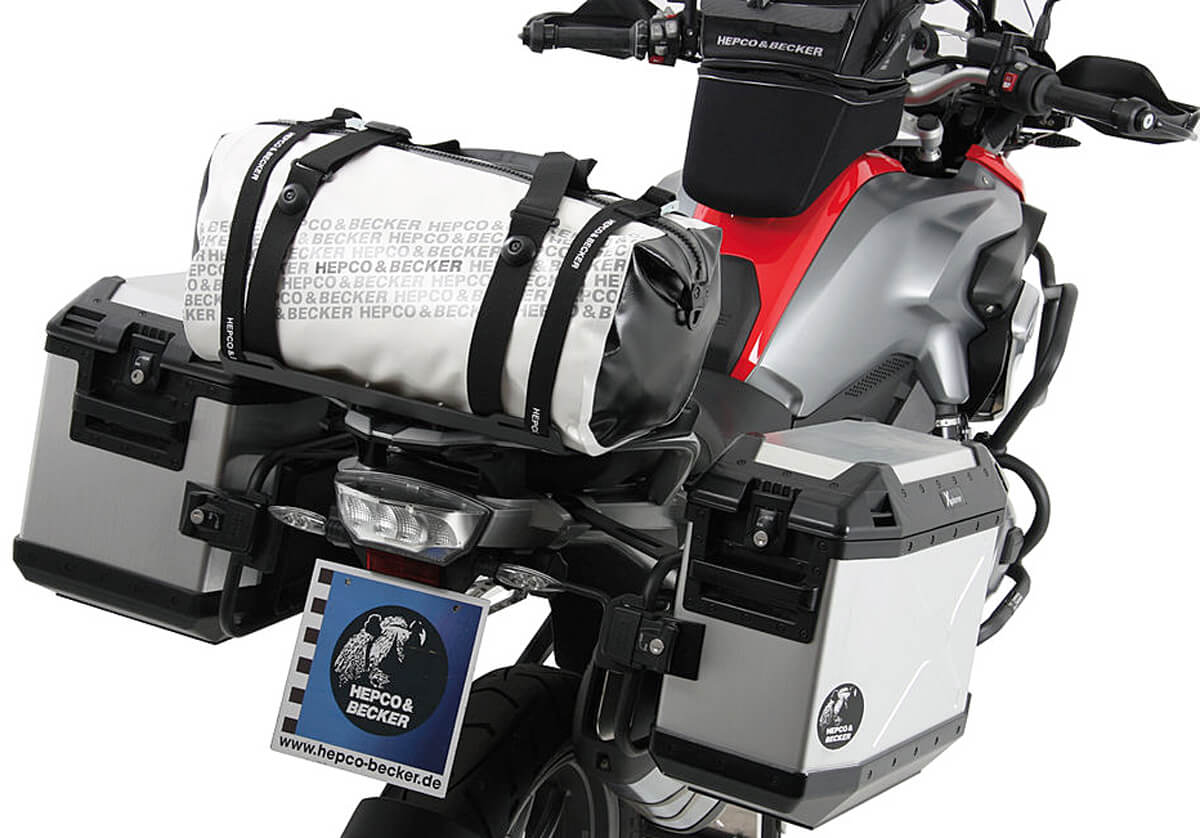 Soft touring enduro tail bags come in different shapes and sizes, but the advantage to a rear top case is enormous in offroad conditions. I use the aluminium top case only when the passenger is onboard and in light allroad or urban touring scenarios. The soft tail bag is much better than the top case from the handling point of view. The bag is a lot closer to the center of gravity and does not form a leverage point far back and high which would be the worst possible situation. Even when the tail bag is strapped on the rear rack, the lighter weight makes a clear difference. A big tail bag would provide also a larger luggage capacity, but often the size extends on top of the panniers and complicates opening the lids. Never the less, some of the panniers can be opened by lifting the whole lid completely off and to the side which eliminates the problem, but proper straps with quick side release buckles would do the same even better. Pay attention to the bag`s removability during and after the ride.

Soft touring enduro tank bags are useful for small items such as fresh gloves, hoods, electronics and paper maps. Additionally to the GPS navigator, it`s practical to read the overall big picture from a traditional map which can be placed on top of the tank bag in a map pocket. This allows the rider to consider and change the routing more spontaneously and maintain the general heading at all times even when the navigator gets confused. That happens easily when road arrangements and intersections are restructured or the SW bug takes control over the device. Since the tank bags are usually quick to install and remove, they are practical luggage capacity adjustments according to need. The size and the shape of the tank bag is important. Note that if you are riding in standing posture, the tank bag must offer enough room for maneuvering. Very tall tank bags could also block some of the view to the instrumentation. Tank bags are ideal also for everyday biking. 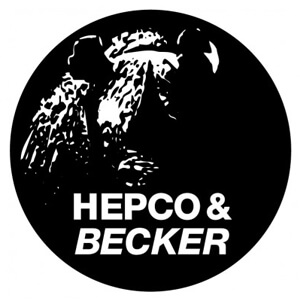 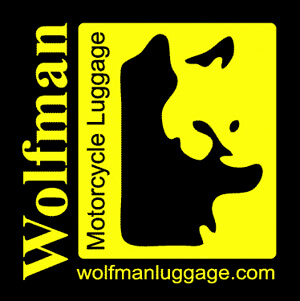 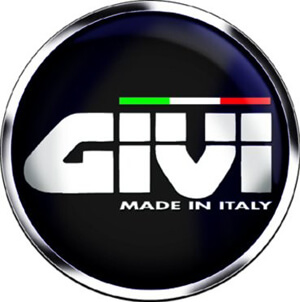