HONDA XL100V Varadero 2013 is an interesting touring motorcycle in spite of the old fashion technique and a long model age. The design is both practical and timeless. The world biggest motorcycle manufacturer HONDA has been long present in the adventure touring category and they have a lot of experience in the desert rallies. In spited of that the HONDA created years ago something which is an excellent everyday bike, less adventurous than the AFRICA Twin, but more comfortable for touring. They made the HONDA XL1000V Varadero 1998 which has been one of HONDA`s hits since the introduction and filling a gap in the category. Now the Varadero gives room for the new generation HONDA VFR1200X CrossTourer. 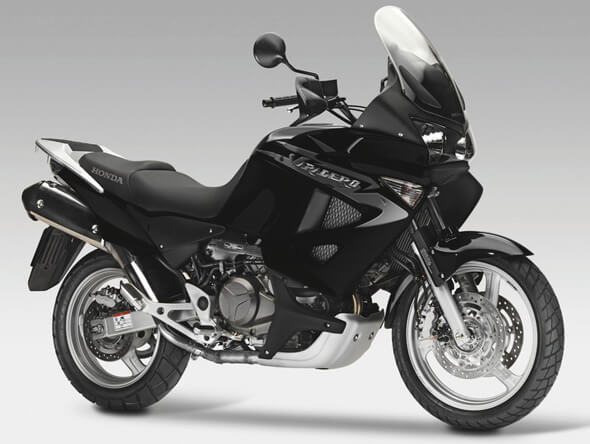 The HONDA XL1000V Varadero 2013 is clearly a more urban allroad touring enduro due to the cast aluminium wheels, street type foot pegs, low ground clearance, average size fuel tank, permanent ABS, absence of offroad protection and the overall weight. In spite of that, the Varadero handles the gravel roads with appropriate tyres and rims, but challenging gravel & dirt roads and trails should be left for more agile and lighter adventure touring enduros. Regardless of the long model age, the design of the Varadero is still very good and the V2 engine delivers smooth and very practical power which translates for sure to comfortable allroad touring. 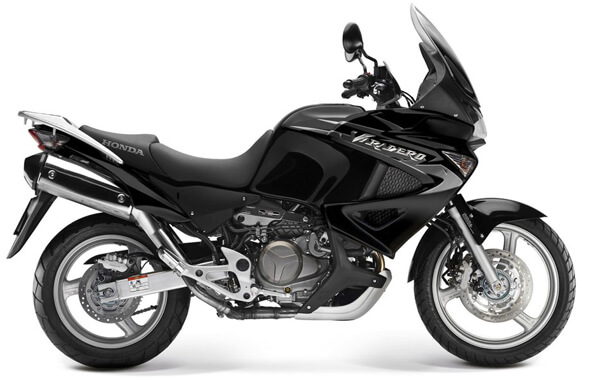 The HONDA XL100V Varadero 2013 provides surprisingly good rider ergonomics for a shorter spectrum of riders and a proper wind coverage with the tall windshield. Although the rider seat is not adjustable, it is wide from the back end, supporting and comfortable, being sufficient for touring. The Varadero has no ergonomic adjustments, unless the foot pegs are changed or handlebar raisers are used. Basically the Varadero fits for the average rider height, leaving the tallest riders looking for tuning parts and customization. HONDA XL1000V Varadero 2013 is capable of carrying a load of two with the luggage, like any other big bore touring enduro, but it`s hardly very sporty with today`s standards. In addition the Varadero is a very practical everyday bike and enjoys the highway speeds. 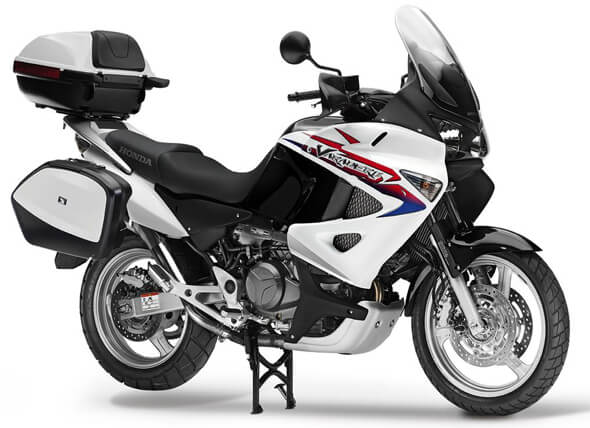 The HONDA XL1000V Varadero 2013 can be dealer equipped with a RTG -package which is a traditional urban touring luggage set. Since the Varadero is chain driven and has no center stand, that should be in the accessory list to begin with. Due to the chain drive, a lubrications system would be a practical way of servicing the chains on a tour. Note that the HONDA XL1000V Varadero 2013 -alternator has surprisingly low capacity and the use of several electrical appliances simultaneously would soon lead to a battery failure. Since the Varadero has been long in the market and the numbers on the road are relative good, the equipment providers offer a wide range of items. Robust panniers can be found from the TOURATECH which offers one of the widest selection of touring and protection equipment, making the HONDA XL1000V Varadero 2013 fit for slightly adventurous routing. 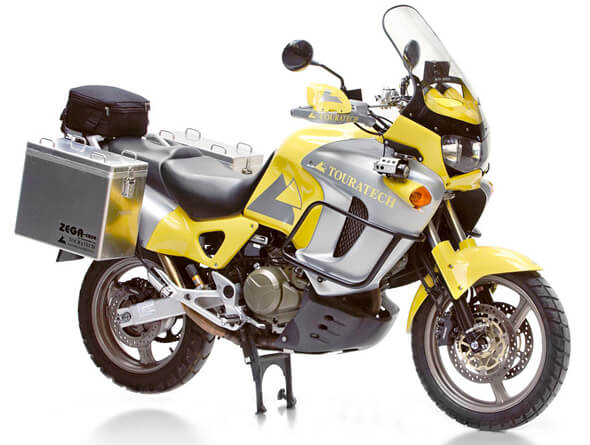 Compared to the category leader BMW R1200GS 2014, the HONDA XL1000V Varadero 2013 represents the old school providing comfortable allroad touring without the latest MC -technology. The Varadero has 5L (1.3USgal., 1.1UKgal.) bigger fuel tank, better wind coverage and hand guards are a standard feature, but the Varadero has no center stand nor ergonomic adjustments and it`s 39kgs heavier than the GS, making it clearly less agile and hardly offroad capable.