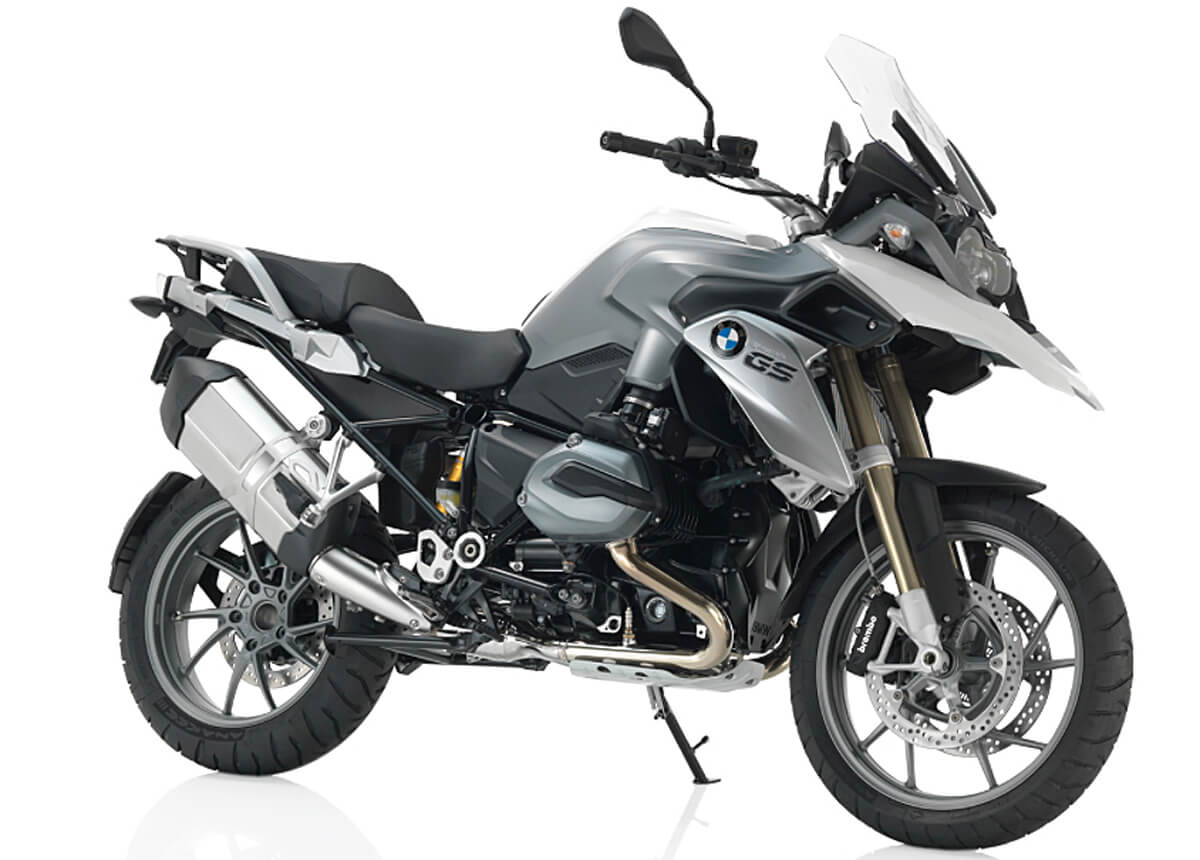 BMW R1200 GS 2015 dual sport motorcycle comes with few enhancements to the previous. A new GS enjoys from a slightly heavier crankshaft which was earlier introduced with the Adventure model. Now the twin boxer performs even smoother. The factory brings new accessories on the plate and there is a Keyless Ride ignition which includes the fuel tank lock management. The system detects the transponder within 2 meters and allows releasing the steering lock, opening the fuel tank flap with the button in the ignition. The same button is used to lock the GS and activate the DWA alarm system. Another interesting accessory would be a Shift Assistant PRO which allows to change gears to both directions without using the clutch or dropping the REVs. This comes from the racing world and becomes more interesting when riding in standing posture or twisting everything out of the boxer. There is no longer need to turn the clutch lever down or stay on the same gear too much. The BMW R1200 GS 2015 dual sport motorcycle rider could for now on enjoy more seamless power delivery and engine braking features. 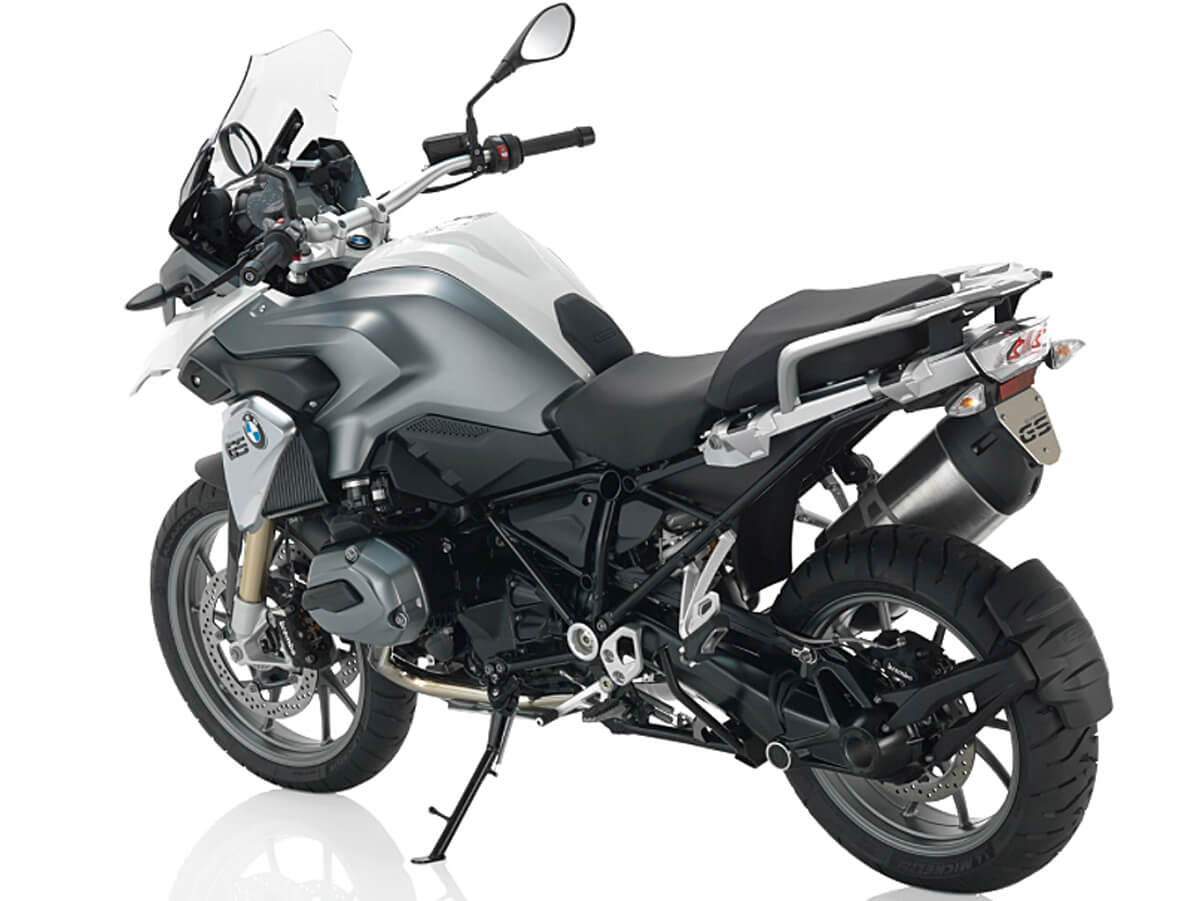 The BMW R1200 GS 2015 is one of the most versatile big bore touring enduro on the market. The basic GS is mostly made for urban environment and the lightest offroad scenarios due to the cast aluminium wheels and relative small fuel capacity. The latter can be fixed easily with a set of fuel canisters and the rims by the factory dealer. Without any doubt, the GS can be tuned up for adventurous requirements to a certain point, after which the BMW R1200 GS Adventure model would be more ideal choice. The factory equipment offering is quite substantial, but the whole accessory industry pays a close attention to the GS riders. The ergonomics are very good and adjustable. Although the windscreen is not the largest, but the adjustment works beautifully, spoilers would help a lot and taller touring screen alternatives are available. The factory has prepared a lower seat and special suspension parts for the shortest riders, broadening the customer bases even further. The basic BMW R1200 GS 2015 comes with 2 riding modes, a stability control system and an off switchable ABS. 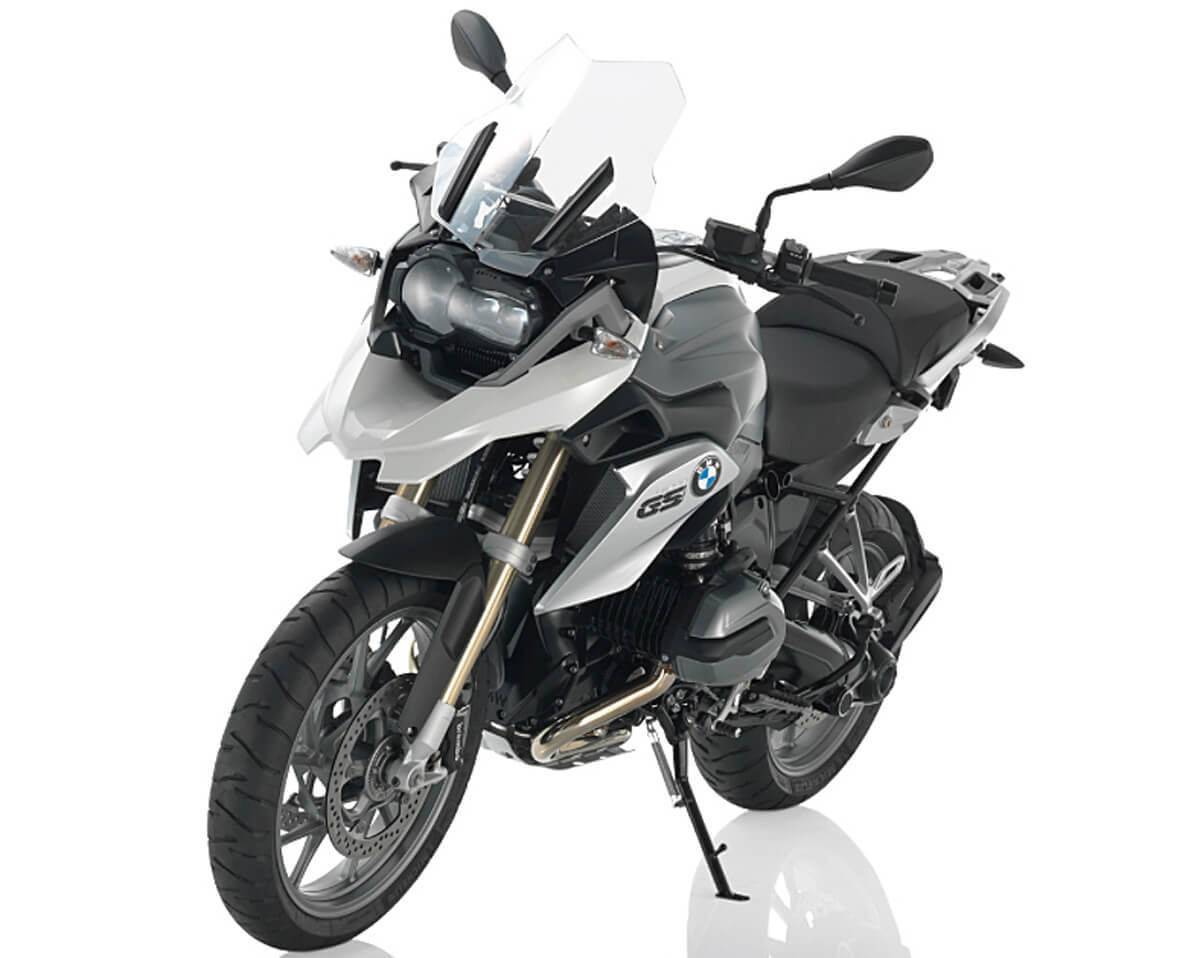 The BMW R1200 GS 2015 behaves on the road very civilized, responds lightly to changes of direction and offers one of the most comfortable ride, even on two with the luggage. The standard GS needs very little to be fit and ready for a trip once the luggage system is in place, but those who enjoys the offroad should equip the GS with additional protection and cross spoked rims if the dirt is no exception. Since a basic electronic aid comes as STD feature, few additional riding modes perhaps even with a PRO Ride plug could be a nice plus for such a capable bike. Those who mainly stay in the urban environment and have passenger every now and then onboard, would benefit the most from the Dynamic ESA suspension system. The change of payload and damper settings would be quick and painless to handle, but the solo riders would be just fine with the conventional system. The cruise control would be on my short list for sure. Read more about the BMW R1200 GS 2015 dual sport motorcycle over here.