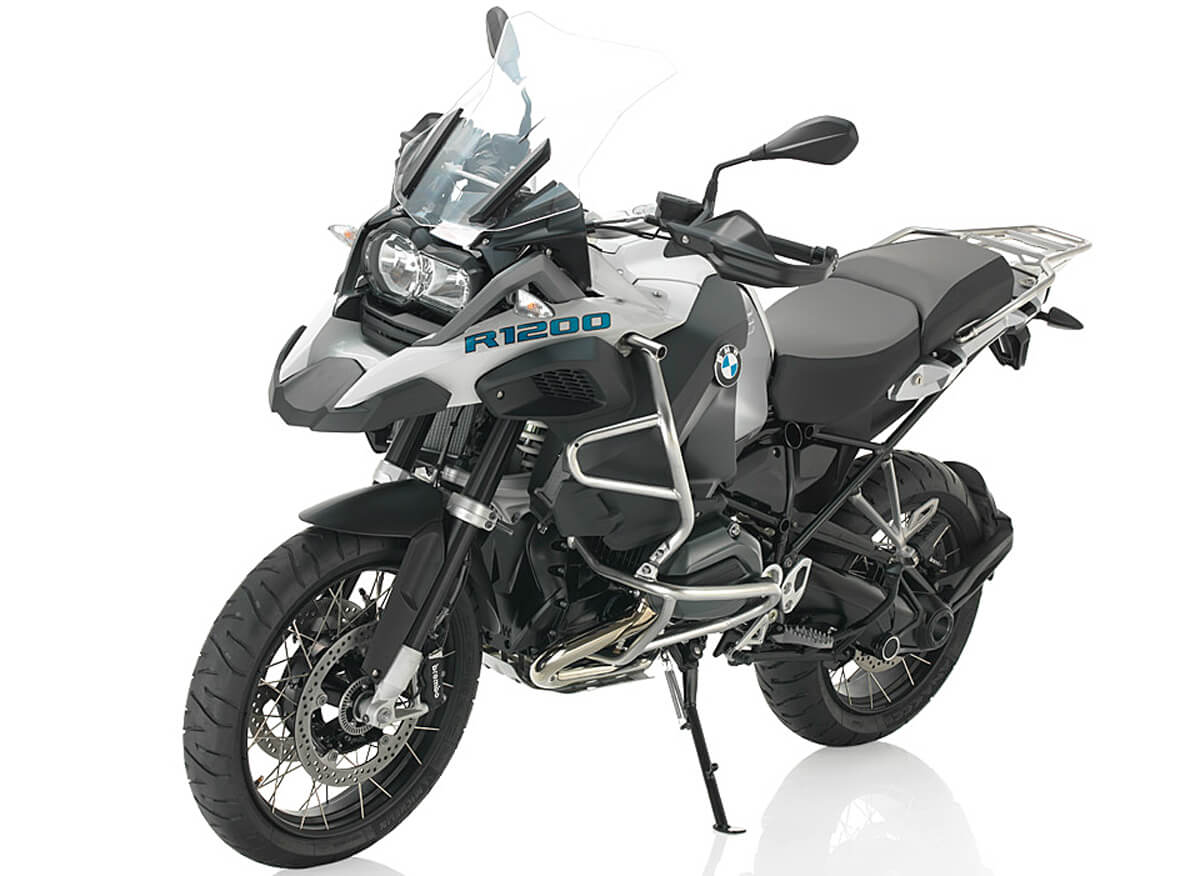 BMW R1200 GS Adventure 2015 dual sport motorcycle is still very much on top of everything, but the competition is getting harder and a lot of accessories are today more often a STD feature like the cruise control and the electronic aid. The factory seems to slow down the progress and rather negotiate about the OE accessories at the BMW dealers. The second liquid & air cooled GSA season includes modest changes. Never the less, the GSA offers the widest spectrum of tuning and routing potential for demanding and personal preferences. It`s not the lightest, most agile in offroad conditions or the sportiest dual sport on the market, but the GSA package is without any doubt one the strongest for allroad touring. The BMW R1200 GS Adventure 2015 represents the best touring comfort, leading ergonomics, advanced functionality and sophistication. The GSA handles the urban environment from inside out and the remote touring on two with the finest colors. 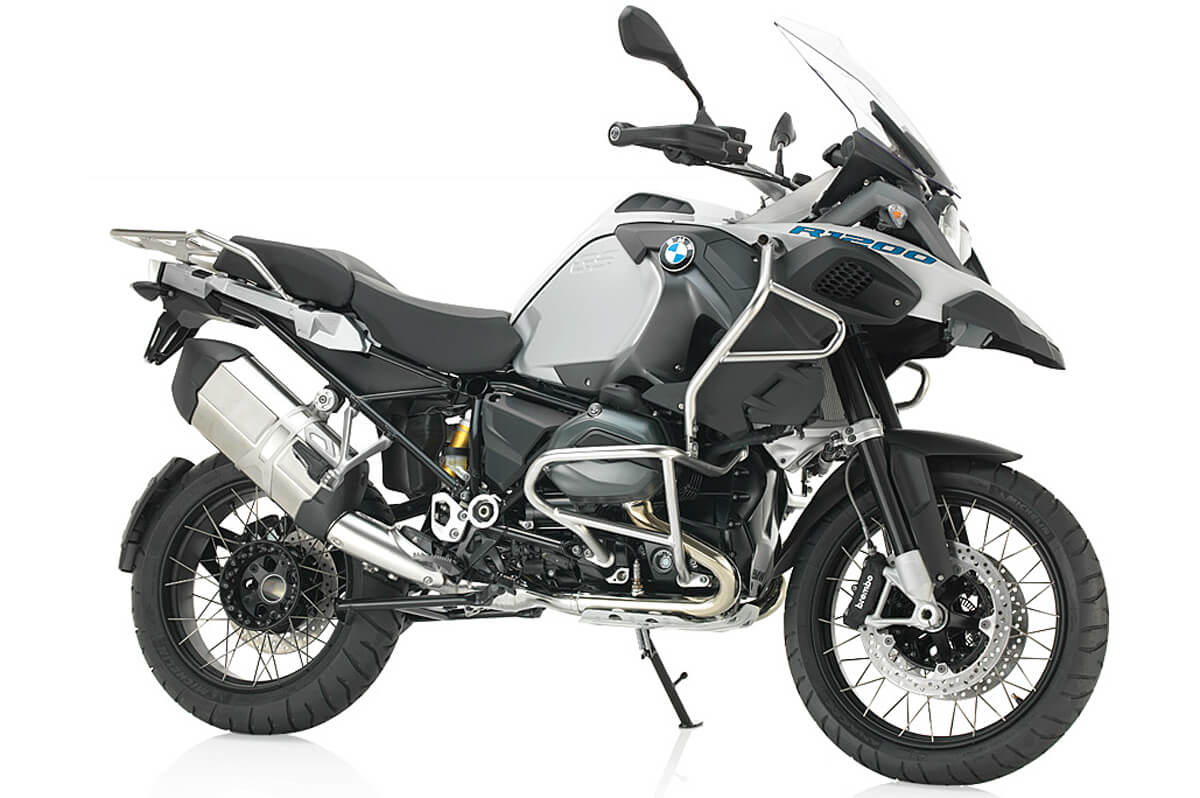 The BMW R1200 GS Adventure 2015 dual sport motorcycle introduces few new accessories along minor color changes for the season. Not all GSA riders were happy with the new wet clutch, especially those who were already used to the previous generation dry plates and accurate clutch control. Now there`s a solution in the accessory list called the Shift Assistant PRO which allows to change gears to both directions without using the clutch or dropping the REVs for a moment. Shifters are very common in the MC racing world and they can be also useful for the GSA riders too. The Shift Assistant PRO becomes more interesting when riding often in standing posture. There is no longer need to turn the clutch lever down or stay on the same gear too much. The shifter would be also useful when squeezing every single piece of power out of the twin boxer. The BMW R1200 GS Adventure 2015 dual sport motorcycle rider could for now on enjoy more seamless power delivery and better engine braking features. 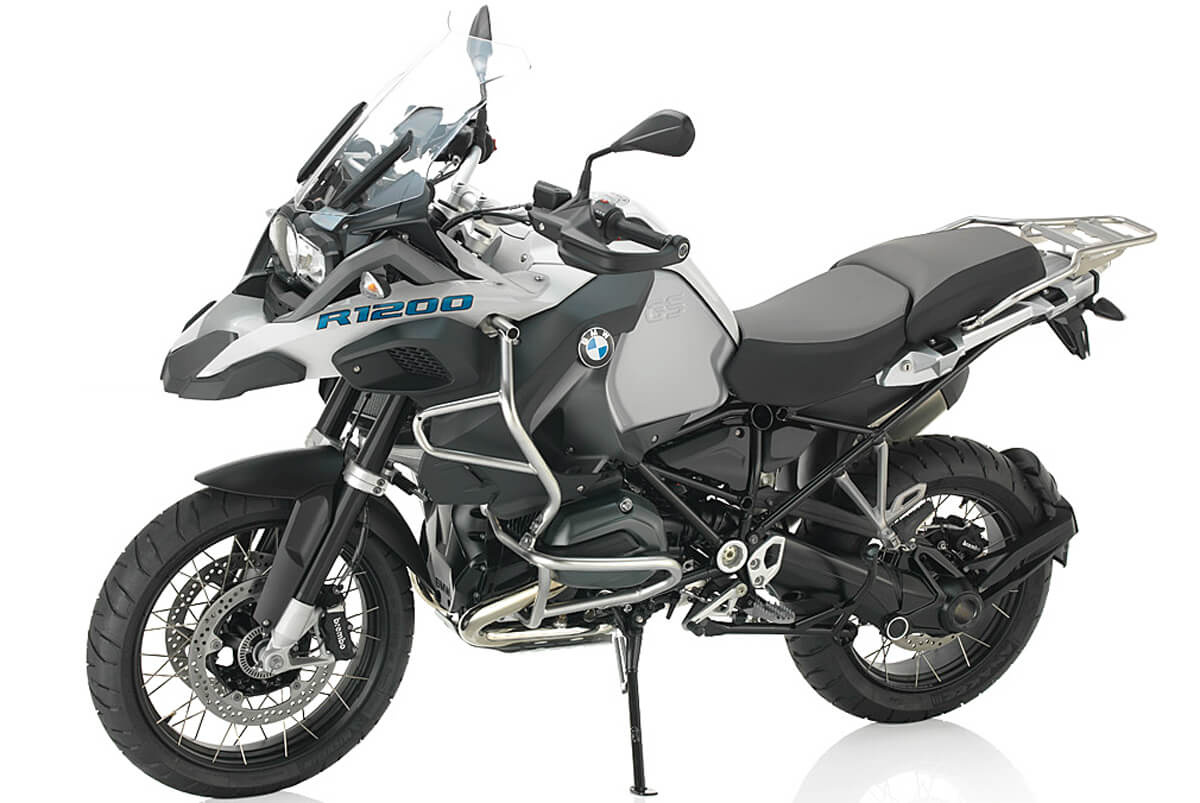 The BMW R1200 GS Adventure 2015 dual sport motorcycle could be also equipped with a Keyless Ride ignition lock. The GSA rider would simply carry a transponder key in the pocket and as soon the ignition detects the key within a close proximity of 2 meters, the GSA electrical system can be activated with a push of a button in the ignition lock. The fuel tank flap benefits from the same system, but the seat, aluminium panniers and the BMW Navigator stand must be operated still with the traditional key. The Keyless Ride ignition would be more useful in the urban, but I would not like to add it on the list of things to worry in the outback. The GSA has already a lot of electronics which could be developed, streamlined even further and should enjoy the priority. The future generation GSA would benefit from a larger integration and user-friendliness with the navigation and the communication systems. Read more about the BMW R1200 GS Adventure 2015 dual sport motorcycle over here.