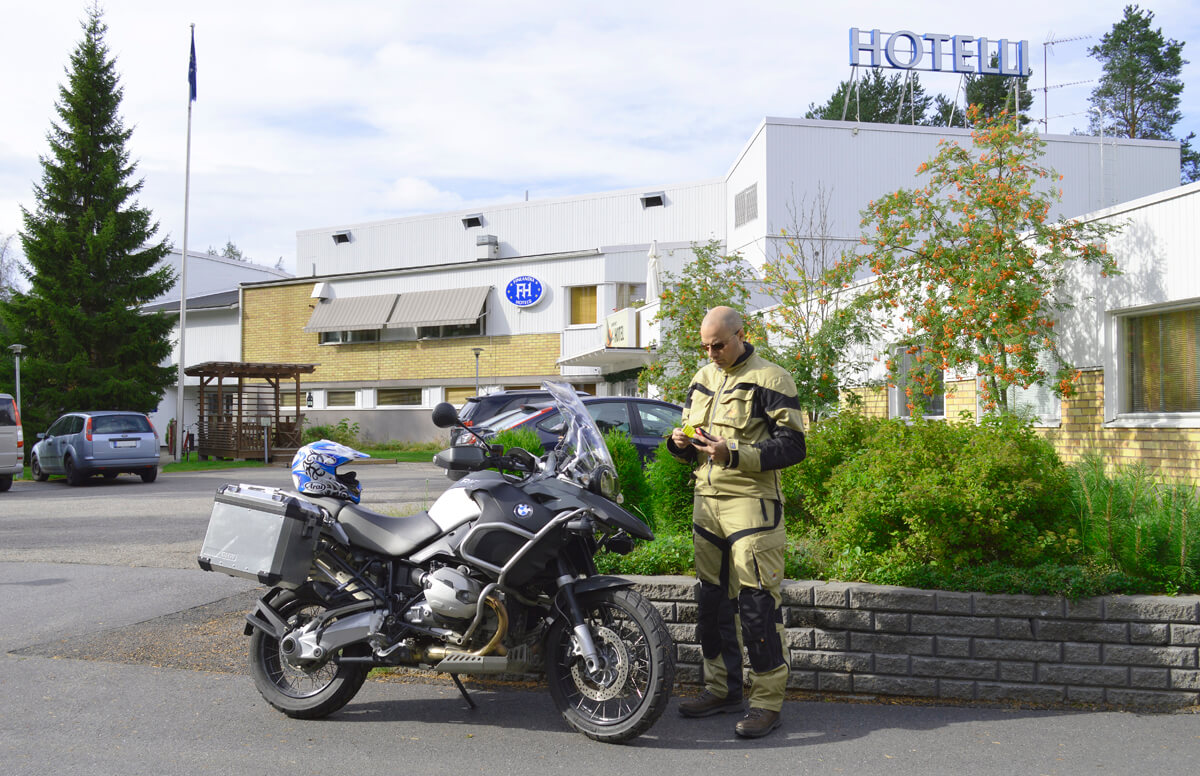 Motorcycle brake disc lock ABUS Detecto 8077 Granit with XPlus key barrel and sonic burglar alarm system, offers one the best parking protection features against MC -thieves. The DETECTO is tested and approved by several quality assurance institutions which speaks of exceptional security performance. Even the appearance is convincing and distinctive, good for eliminating attack plans already from the distance. The ABUS -factory`s own security rating gives 18 out of 20 and by integrating the disc lock with an ABUS 12KS chain, it`s probably too much to brake at a public parking place. The 8077 -alarm system is controlled with a 3D -movement detector, tripping the 100dB alarm if the motorcycle or the disc lock moves. Still the detector allows to touch the bike, work with the instrumentation and deal with the luggage as long as vibrations are minimal, soft and the bike remains in the same position. One practical advantage of having a sonic alarm in the brake disc lock, is that the rider gets a warming if the lock is still in place and armed when saddling and starting to take off. 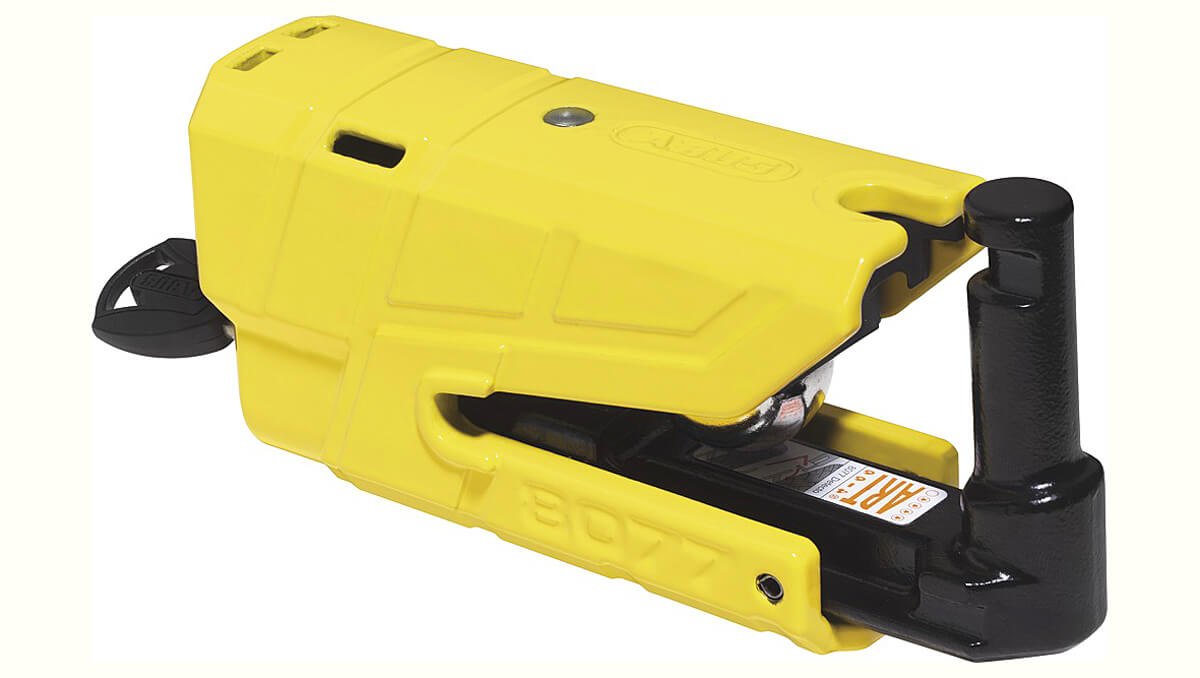 The ABUS Detecto 8077 Granit -disc lock offers advanced key security features. The XPlus -key barrel endures lock picking, drilling, pulling and ICE spraying. The STD -package includes two encoded keys which brings additional security in terms of copy making in controlled manner. On top of that the XPlus -features include one million key combinations which is again exceptional plus. Only the DETECTO -keyway is visible and the concealed key barrel remains protected by the solid housing. When armed in place, the 8077 -disc lock indicates the status using 3 colors of LED -light and a sonic beep so that the battery change would not be forgotten. The DETECTO -sonic burglar alarm system is powered with two AAA -batteries which gives long durability and a real chance to change the batteries during the trip when necessary. 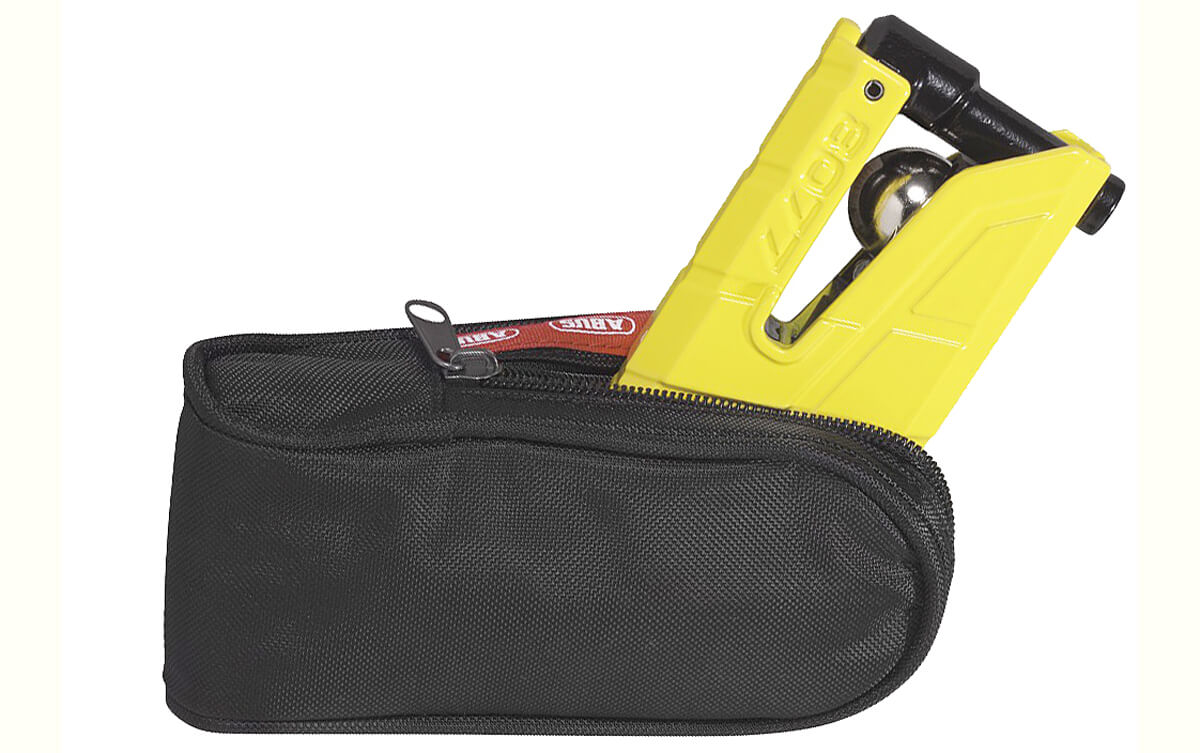 The ABUS Detecto 8077 Granit comes with a travel pouch and there are no holders for it. The pouch is the most simple way to store the lock in the pannier, close to the center of gravity. The 8077 is quite big and one of the heaviest due to the rugged housing, -bolt and the sliding mechanism, but there is no real protection without such heavy duty features. Never the less, a single brake disc lock alone is hardly enough to secure the bike in the parking lot. By having several protection methods working against the bike theft, the highest security level could be reached and the bike would be simply far less interesting as a target. By the end of the day, there are no absolute parking security solutions. Instead there are a lot of compromised motorcycle locking alternatives providing no real value for the money. The DETECTO on the other hand is one of the best motorcycle brake disc locks, providing serious fight against burglar attacks. Read more about the motorcycle brake disc lock ABUS Detecto 8077 Granit XPlus over here.